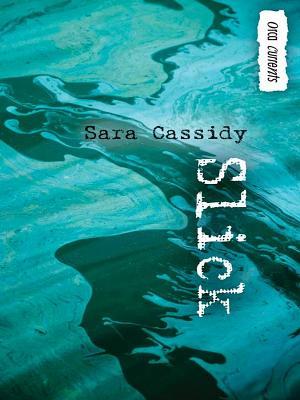 Liza is a teenaged student who loves the environment and DIY projects, and whose parents recently got divorced. She and her two younger brothers still live with their mom, and their dad moved abroad and doesnt factor into the story very much. Lizas mom, an Eco-conscious and opinionated antique enthusiast, has started dating a man that Liza hates.

She calls him Slick, because she thinks hes greasy and because he works for an oil company. When Lizas teacher shows her class a film on how oil companies are impacting life in Guatemala, Liza realizes that the company featured in the video is the very company that Slick works for, and she cant believe that her mother is compromising her ideals for a man. She decides to start a group of her classmates and friends to raise awareness of what the company is doing in Guatemala and how that could affect the planet, which affects everyone.

The group is called Girls for Renewable Resources, Really!-- GRRR! Some of her male classmates make a sibling group for boys, named BRRR! They successfully raise awareness and make changes with their actions, and it is truly an inspiring tale for people who want to have an impact for a cause they care about. Liza even manages to earn Slicks grudging respect, though she is railing against his company, and toward the end of the book, she doesnt seem to hate him as much as she used to, either.

Some sections of the story are told through e-mails sent among the characters, which makes for a pleasant change in pace. Recommended for grades 5-7.