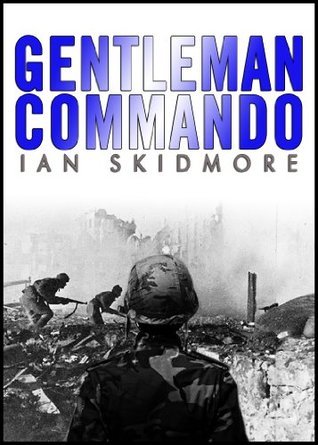 Alan G. Ferguson Warren – one of the great unsung heroes of the Second World War.In this brilliant biography, Ian Skidmore tells his amazing story.After spending the pre-war years as a pilot hunting pirates in the China Seas, when the war broke out Warren volunteered to go into occupied France after Dunkirk to look for any stragglers left behind in the British retreat.But the submarine which was to take him off the beach failed to appear. Undaunted, Warren stole a dinghy and rowed it back to England.It was the first Commando raid - and the beginning of a whole new type of warfare.Posted to Malaya as Head of Special Services Warren organised raids behind the lines.

As the Japanese rolled across the Pacific, Warren ran the evacuation of Penang Island and the destruction of military stores in the face of the oncoming enemy. And he created an escape route across Sumatra, along which thousands of troops fled when Singapore fell.After he was finally taken prisoner Warren commanded British slave camps on the Burma-Siam railway.

Had the Kemptai - the feared Japanese military police - discovered his identity he would have been shot since there had been a price on his head since the early days in Malaya.Warrens story is a classic tale of WWII courage, fortitude, ingenuity and resilience. It is perfect for fans of Ben Mcintyres Agent Zigzag and Operation Mincemeat.The Corps owes a debt to Ian Skidmore. [The book] is easy and quick to read and should become part of every young officers reading - The Globe and Laurel, the official journal of the Royal Marines.All royalties from this book will be donated Royal Marines Charitable Trust Fund.Ian Skidmore is the author of more thirty books – many of them best-sellers.

He was also one of the most widely-read newspaper columnists and radio show presenters in the UK. After thirty years with BBC Wales, he was awarded the coveted Golden Microphone Award.Endeavour Press is the UKs leading independent publisher of digital books.